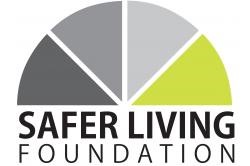 Safer Living Foundation was established with the primary aim to provide evidence-based interventions which support offenders with sexual convictions as they move from prison into the community.  It runs three projects – a Circles project providing support and accountability for people on release back into the community; the Aurora project which offers therapy and support to people at risk of offending; and the Apollo project which works with young people who may be showing harmful behaviours.  The Foundation is an award-winning organisation, recognised nationally for its innovative work with individuals convicted of sexual offences. Its overarching mission is to prevent further victims.

In June 2019, Allen Lane has awarded a £15,000 grant towards the salary of a Centre Manager at the new Corbett Centre for Prisoner Reintegration in Nottingham.  This new venture is the world’s first fully holistic approach to rehabilitating ex-offenders with sexual convictions.  It aims to reduce the risk of re-offending and support and empower people to live productive and meaningful safer lives.